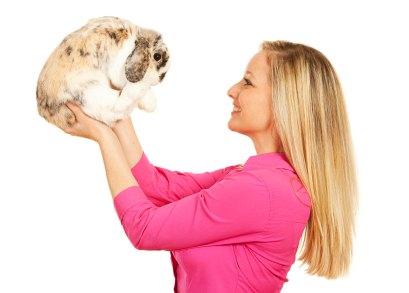 Castration involves the removal of both testicles. The operation can be performed from 4 months of age.

Neutering enables both sexes to be housed together which provides companionship and social interaction between your rabbits. This is a very important part of the normal behaviour that would be exhibited in the wild.

Spaying involves the removal of the uterus and ovaries. The operation can be performed from 4 months of age.

False pregnancy is also quite common in entire female rabbits and is prevented by neutering. This is a syndrome where the rabbit thinks she is pregnant, symptoms include severe hair loss and behavioural abnormalities.

Vaccinations for your Rabbit